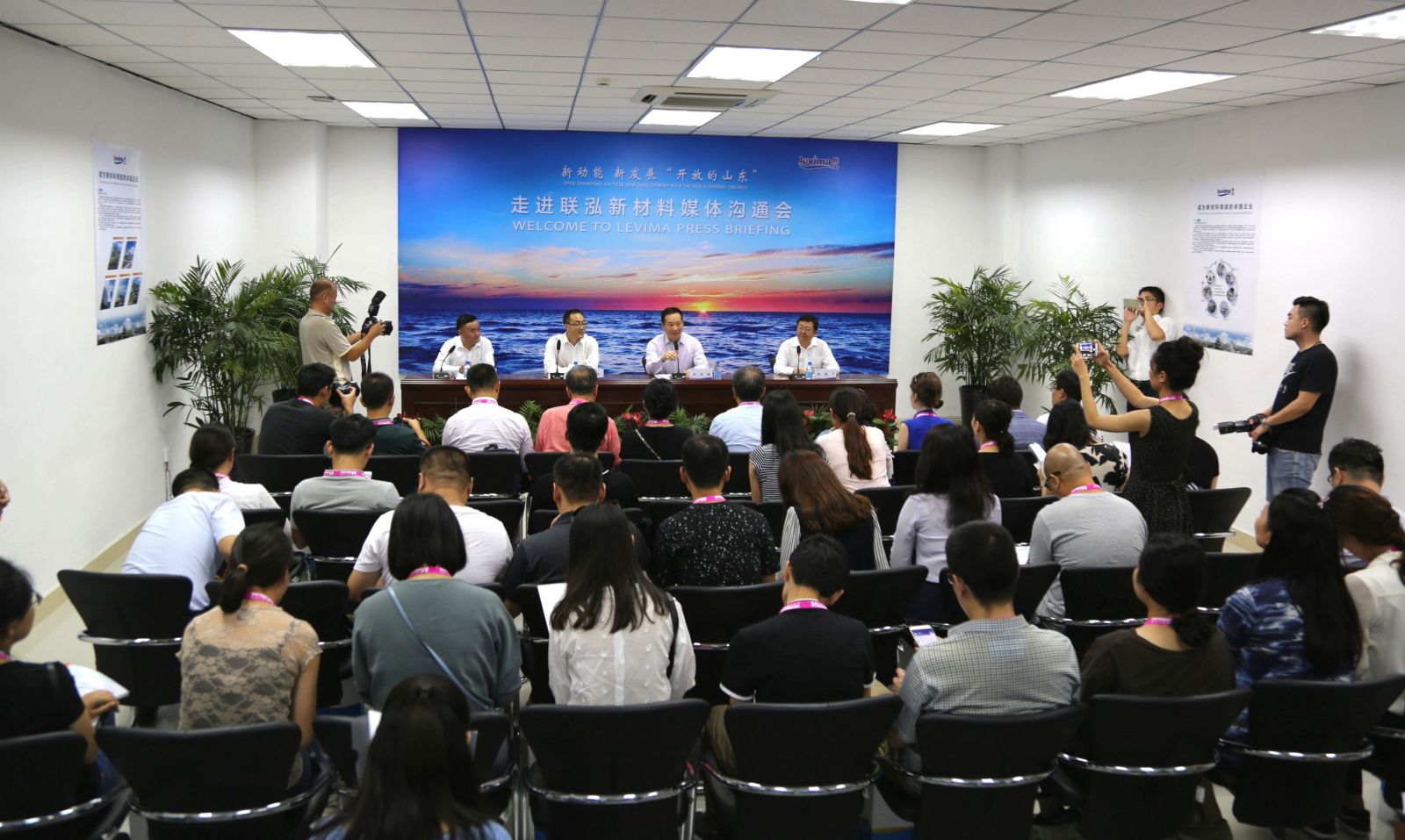 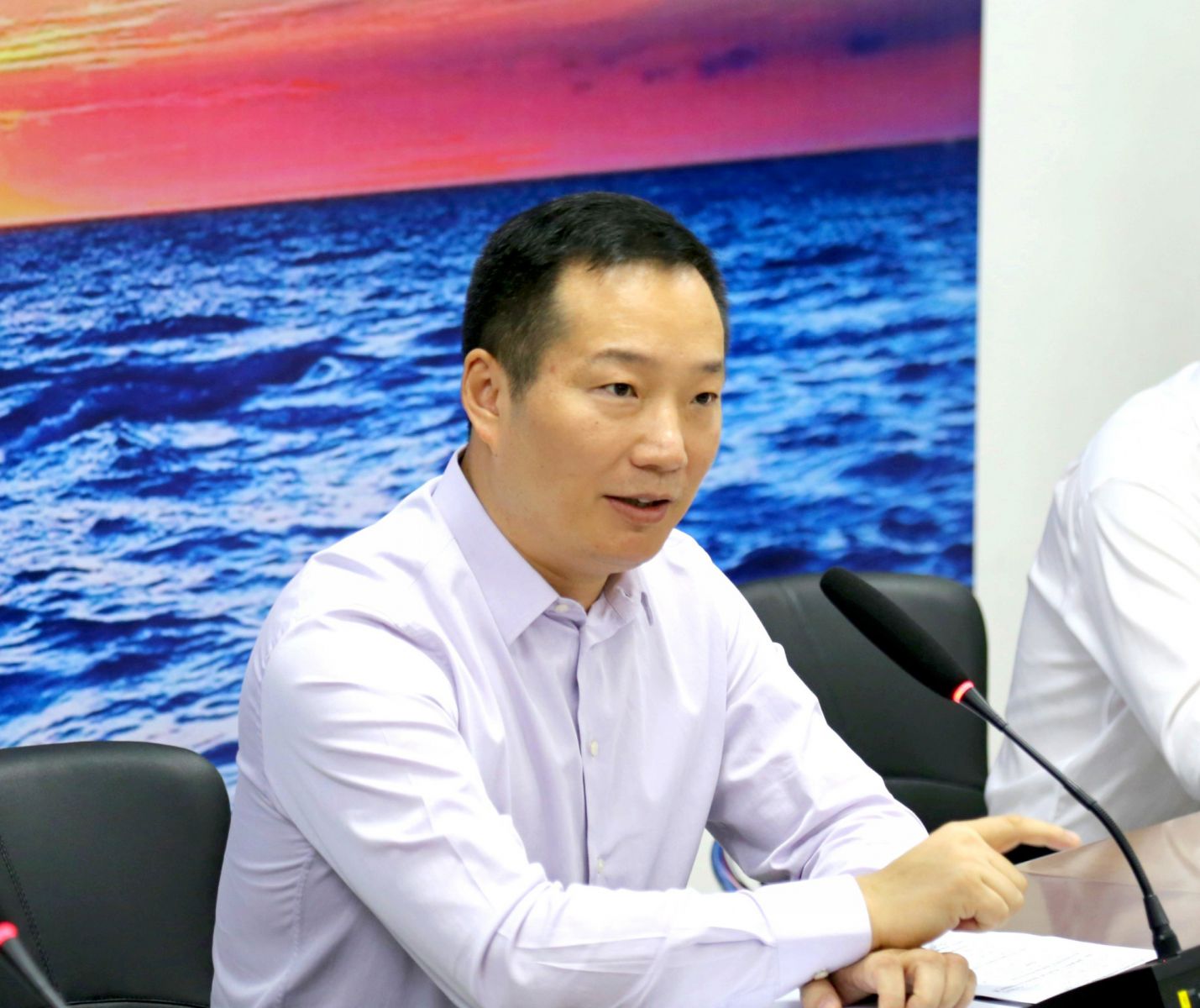 Here is the complete record of interview:

Journalist from the Vietnam News Agency: What’s the original intention of your project? Why did you start it? 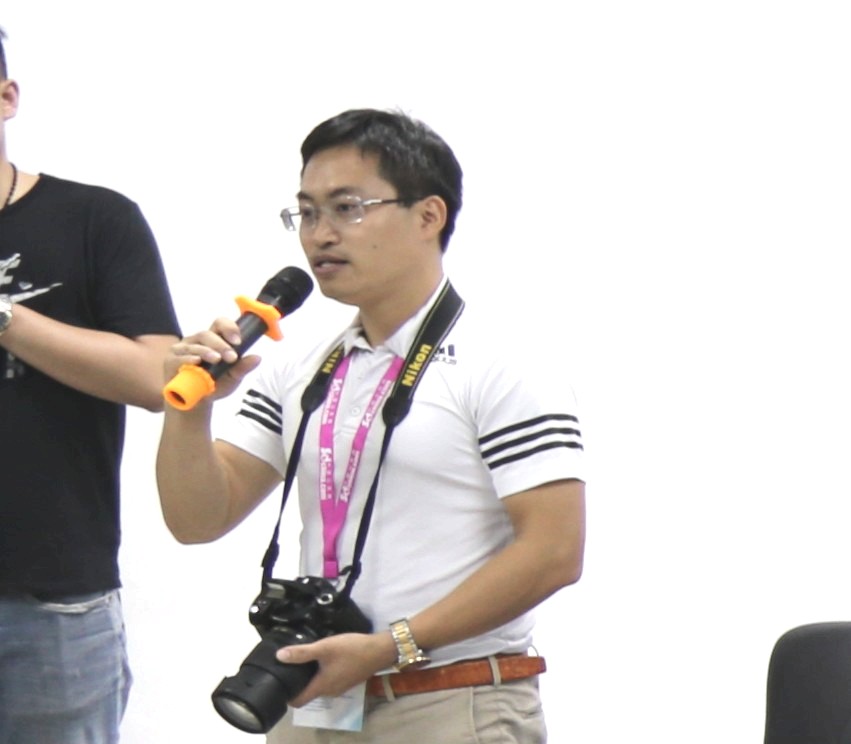 Zheng Yueming (President of Levima Advanced Materials): That’s a good question. Actually, we have been asking several times: “Legend Holdings is originally an IT company. Why does it pay attention to advanced materials? Early in 2010, Legend Holdings has already started its diversification strategy. Based on current situation of national economy and prospects for domestic demand, it selected several industries including chemical engineering. But chemical engineering is still a vast field, we want to differentiate ourselves from other chemical companies and pinpoint markets with high growth potential. The first step is to choose the right market. After conducting comprehensive researches, we have found that in the field of advanced materials, especially high-end materials, we depend heavily on external products. 70% of them are imported from abroad. In addition, economic development has brought the trend of consumption structure upgrade and the demand for high-end chemical materials is increasing rapidly. That’s the reason why we chose to develop in the field of specialty chemicals and advanced materials.

Once chosen the right direction, we need to pick an appropriate location. As we focus on the conversion of enriched methanol to high value-added olefins and their derivatives, Tengzhou was finally selected after considerable reflection. The reason lies in three aspects: Firstly, as a traditional methanol producing city, Tengzhou is rich in methanol and has potential processing capacity. Secondly, abundant water resources could satisfy the water demand for conversion process. Thirdly, Tengzhou has sufficient chemical talents. Fourthly, it is near to the consumption market.

China and Russia magazine: Has your informatization management & operation effected the unemployment of local population? 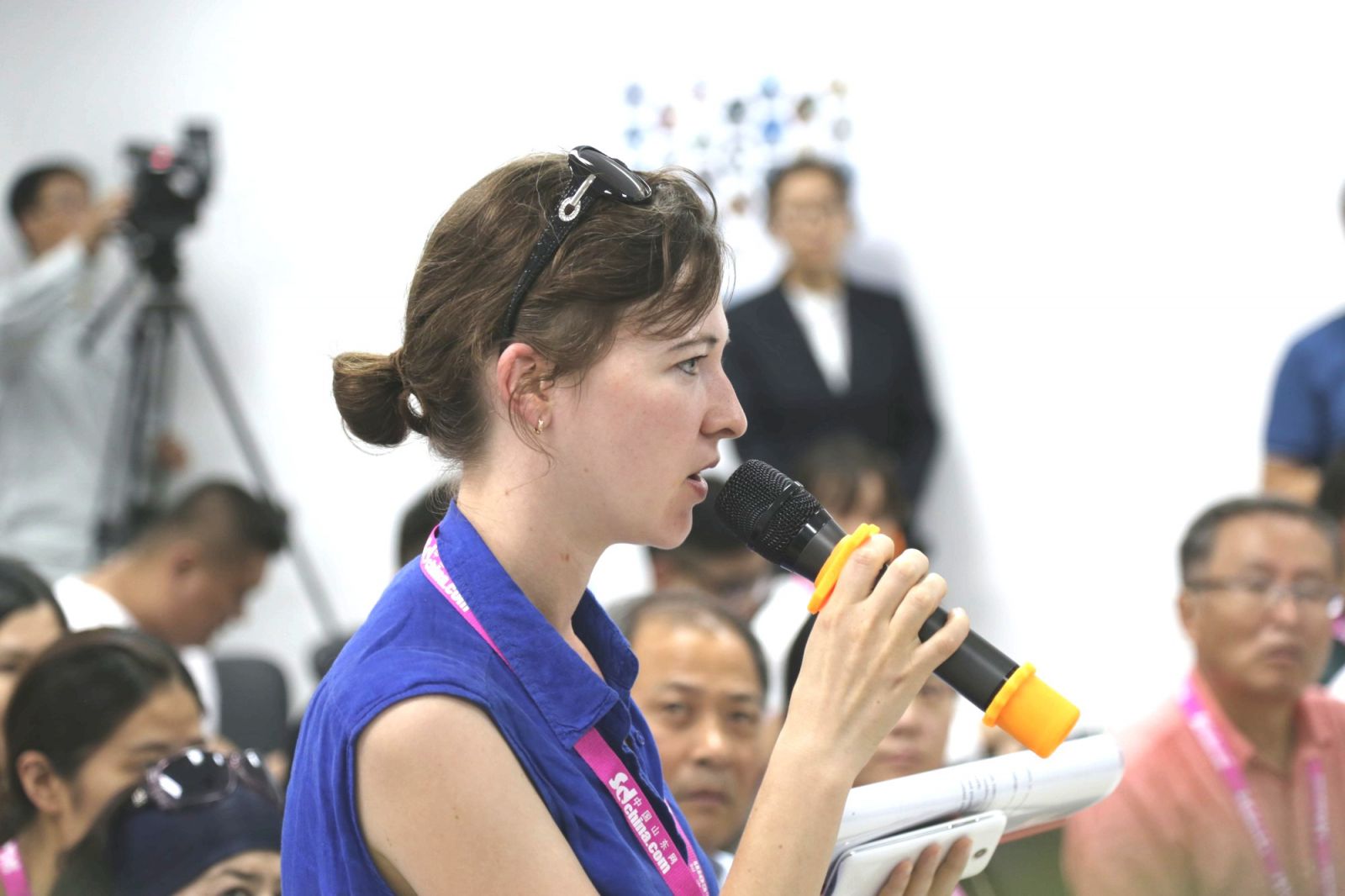 Zheng Yueming: Although we have limited employees, about 700 in total, we have nearly 1000 outsourced employees in logistics, security, maintenance, etc. It seems that we aggravated the unemployment situation, but we have benefited the tertiary industry of Tengzhou. Besides, with the development of Levima Advanced Materials, the salary of our staff will increase, which could boost local demand and consumption. What’s more, we helped in the development of local economy, thus indirectly increasing the demand for labor forces. So, we have definitely promotedlocal hiring and supported economic development of Tengzhou.

Russia Today:  Are your customers mainly from China or abroad? Do you sell products to countries along the Belt and Road routes? Besides, how do you manage to attract high-end talents? 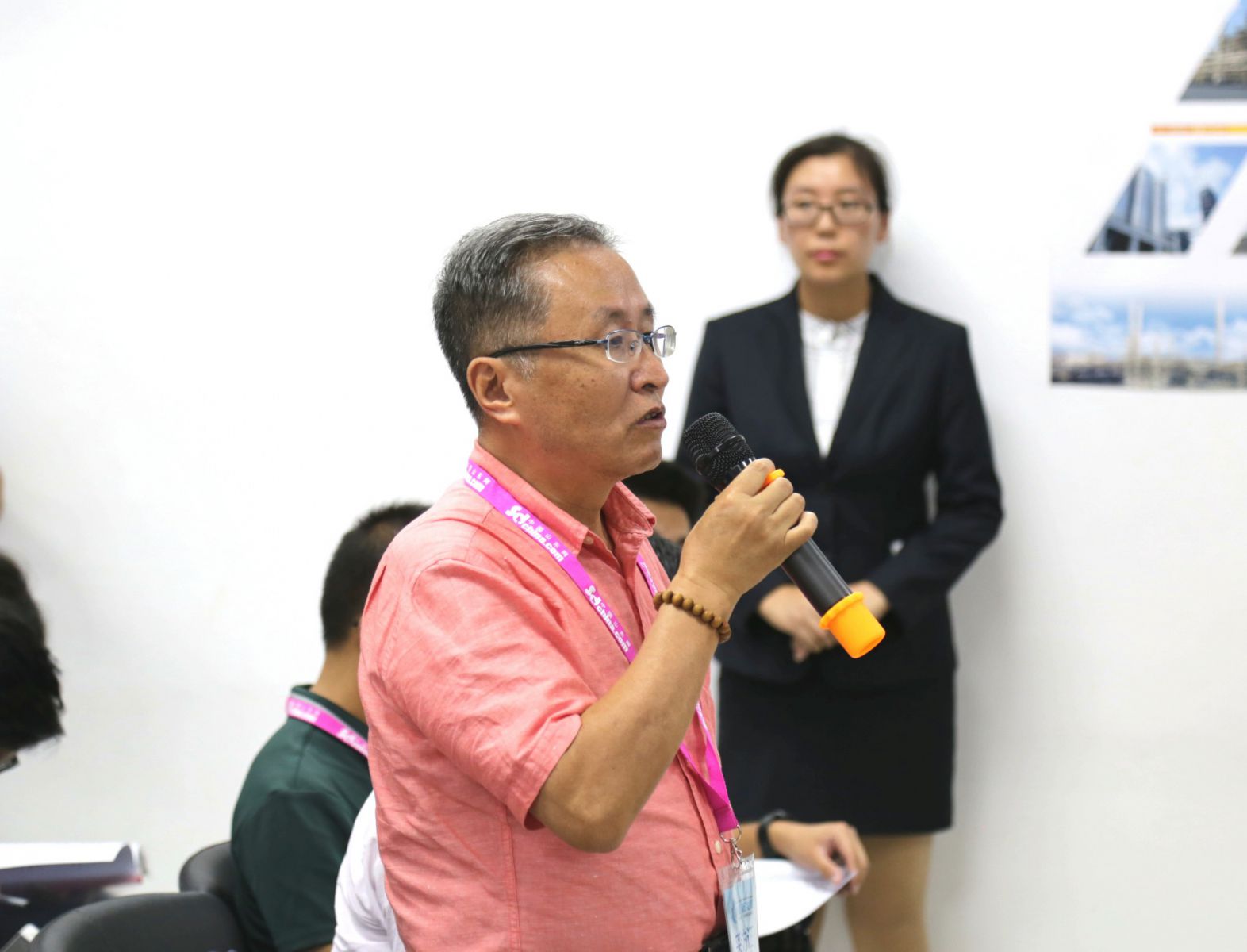 Zheng Yueming: Since the beginning, we could always sell out all products manufactured and sometimes the demand exceeds the supply. We focus on markets with huge potential and our specialty EOD chemicals have already been sold to foreign markets.

Li Fang (Senior Vice President): Our products have been sold to North America, some neighboring Asian countries and Russia. But a great portion of our products are sold through distributors. For example, our PCE products, mainly used in the construction area are brought to the Belt and Road markets by construction companies.

Zheng Yueming: As for attracting high-end talents, that’s because we have inherited the company culture and management system from Legend Holdings. Not only could we provide a higher salary, but also offer a platform without “glass ceiling”. There are three elements of management in Legend Holdings, separately “leading group building”, “setting strategies” and “team building”. The leading group selected by building teams can make right decisions by setting strategies and put it into practice by team building so as to achieve the healthy development of enterprises. That’s exactly what we have been doing these years and none of our key leaders have left Levima since the beginning. Our group has great cohesiveness and has been acknowledged by the public. Our staff will get more benefits when the company goes IPO.

Journalist from Tajikistan: How many of your basic materials are imported from abroad? And how many of them are produced in China? 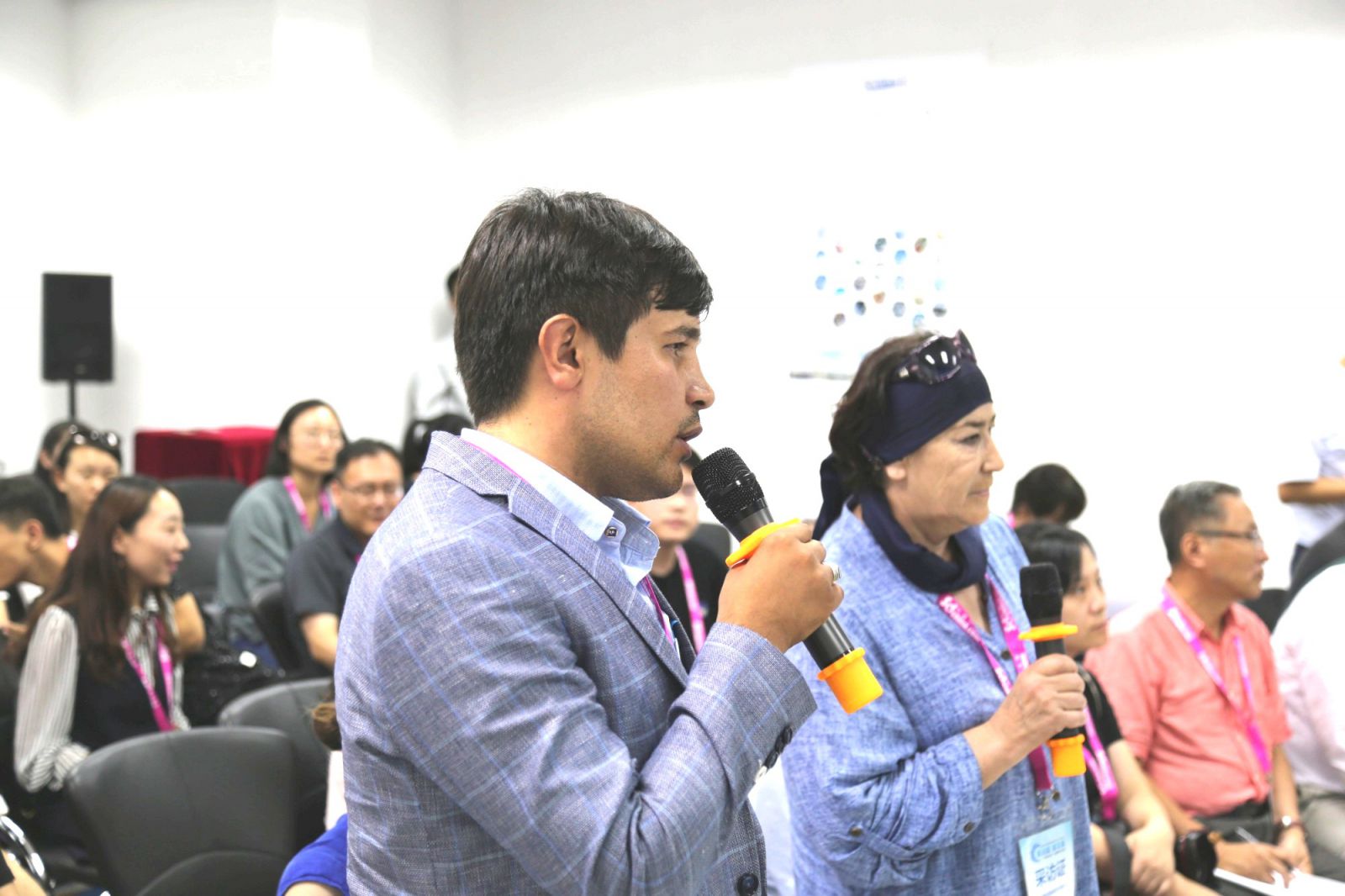 Zheng Yueming: Our main raw material methanol is fully made in China and is purchased from nearby. On the one hand, we could get 80% of basic materials from the zone of industry park and on the other hand, we import some of them from surrounding districts.

Phoenix TV: The issue of environment protection has always concerned all governments as well as the public. How does Levima deal with that? 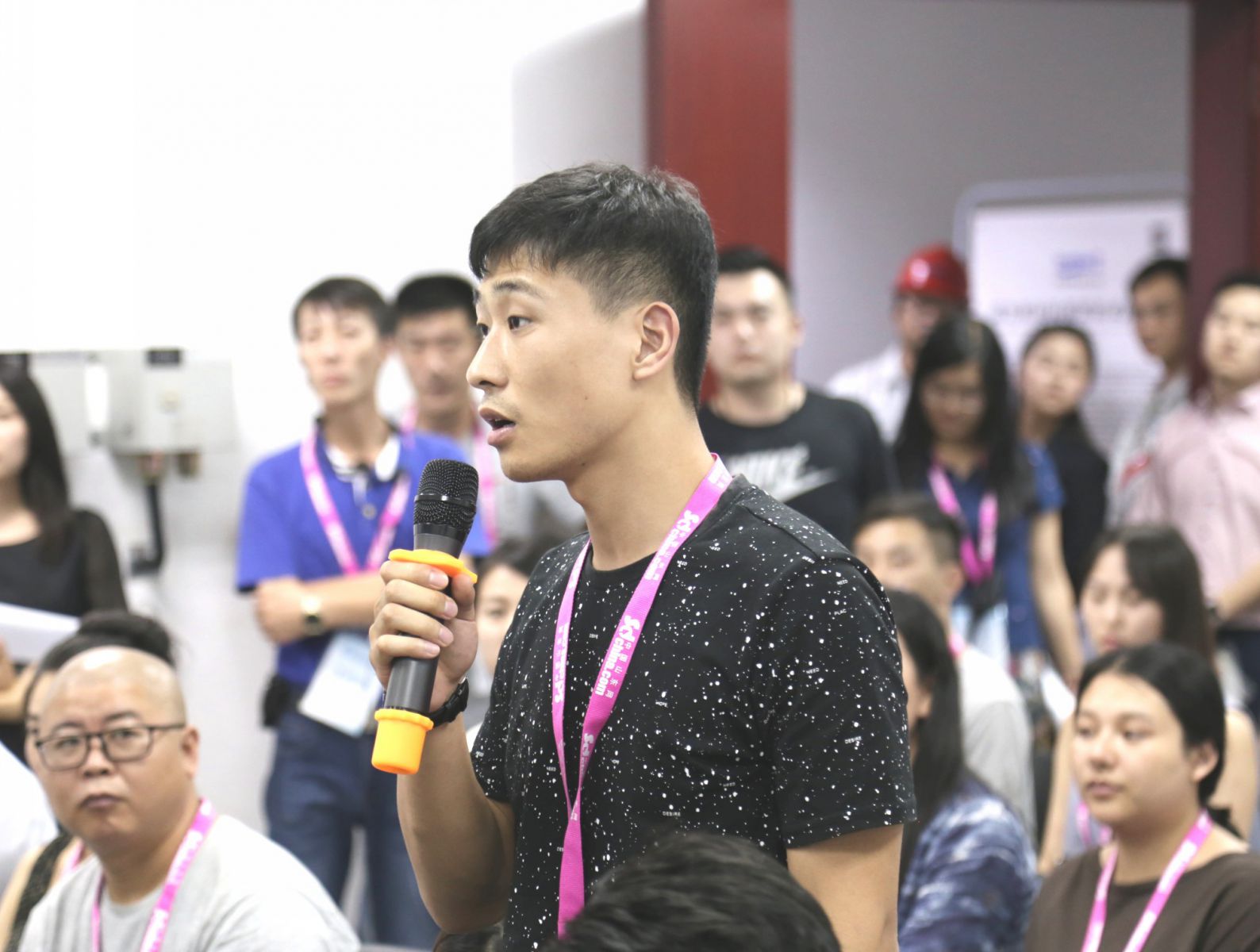 (Zhao Haili,Vice President in Charge of Production and Operation): From 2014 to 2017, Levima Advanced Materials has always met the environmental protection requirements, even far below national standards. For instance, the allowable sulfur emissions are 100mg/m3 maximum and we have 70mg/m3. We invest heavily in green technologies and only choose to cooperate with international well-known green brands. It’s always worth to invest in environmental protection.

Zheng Yueming: To conclude, there are three main points: Firstly, maintain a high proportion of environmental input. The next key point is called “three simultaneities”, simultaneously design, construct and use. Finally, from another point of view, the invest in environment protection could be profitable at the same time. Taxes could be deducted on the one hand. On the other hand, we invest millions of yuan in water recycling and that have brought us millions of yuan in return each year. In brief, security and environmental protection is the basic element of a company and we must do that.

SdChina: What do you think about the future of advanced materials in Shandong province? What’s the trend in this domain? 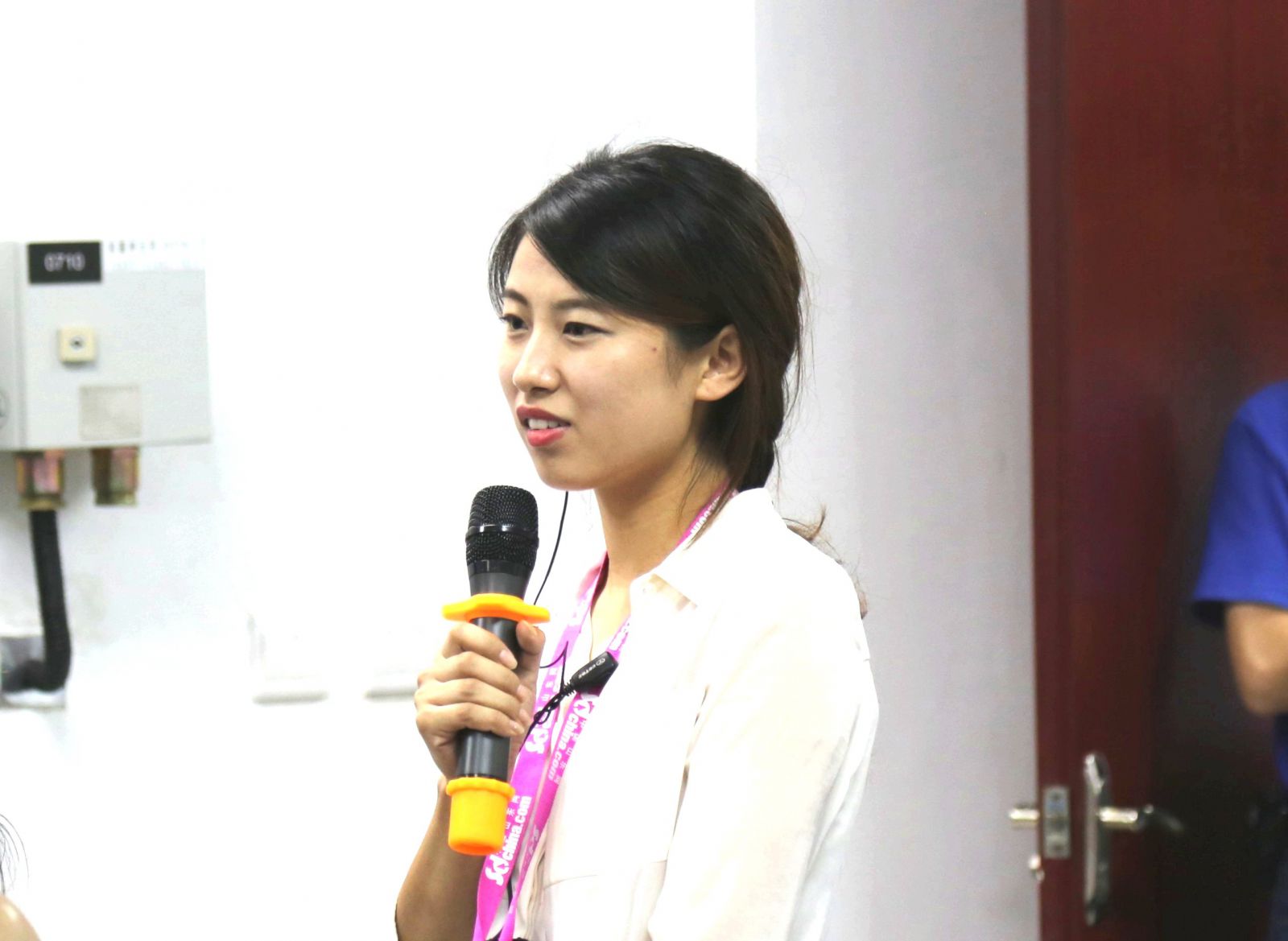 ‍‍‍Zheng Yueming: Advanced materials is one of the emerging industry of “Made in China 2025” strategy. It meets the need of China’s development and satisfies the demand of national consumptionat the same time. We call that innovation driven development strategy. Shandong is a large industrial province, but it also has disadvantages. For example, its chemical industry parks are too decentralized. The front-end of industrial chain accounts for great portion and the environment of innovation ecosystem is far from enough. In my proposal to the People’s Congress of Shandong Province, I have proposed three suggestions about promoting industry upgrading: Firstly, I suggest that we should give full support to the construction of innovation ecosystem and platform. That’s what we are doing at the moment- cooperating with Chinese Academy of Sciences, developing a test platform and industry base of advanced materials, promoting the industrialization and upgrading of related industries. Secondly, encouraging restructure of several industries and properly closing & merging some companies. Thirdly, introducing policies to help leading companies in the construction of innovation ecosystem, integrating resources and boosting collaborative innovation.

EyePress News: I have two questions for Mr. Zheng: The Chinese Academy of Sciences have strategically invested 850 million in your company in May 2017. How many shares do they have in Levima? Secondly, as you have planned to be listed on Shanghai Stock Exchange in 2019. Why do you choose Shanghai rather than Hong Kong or New York? 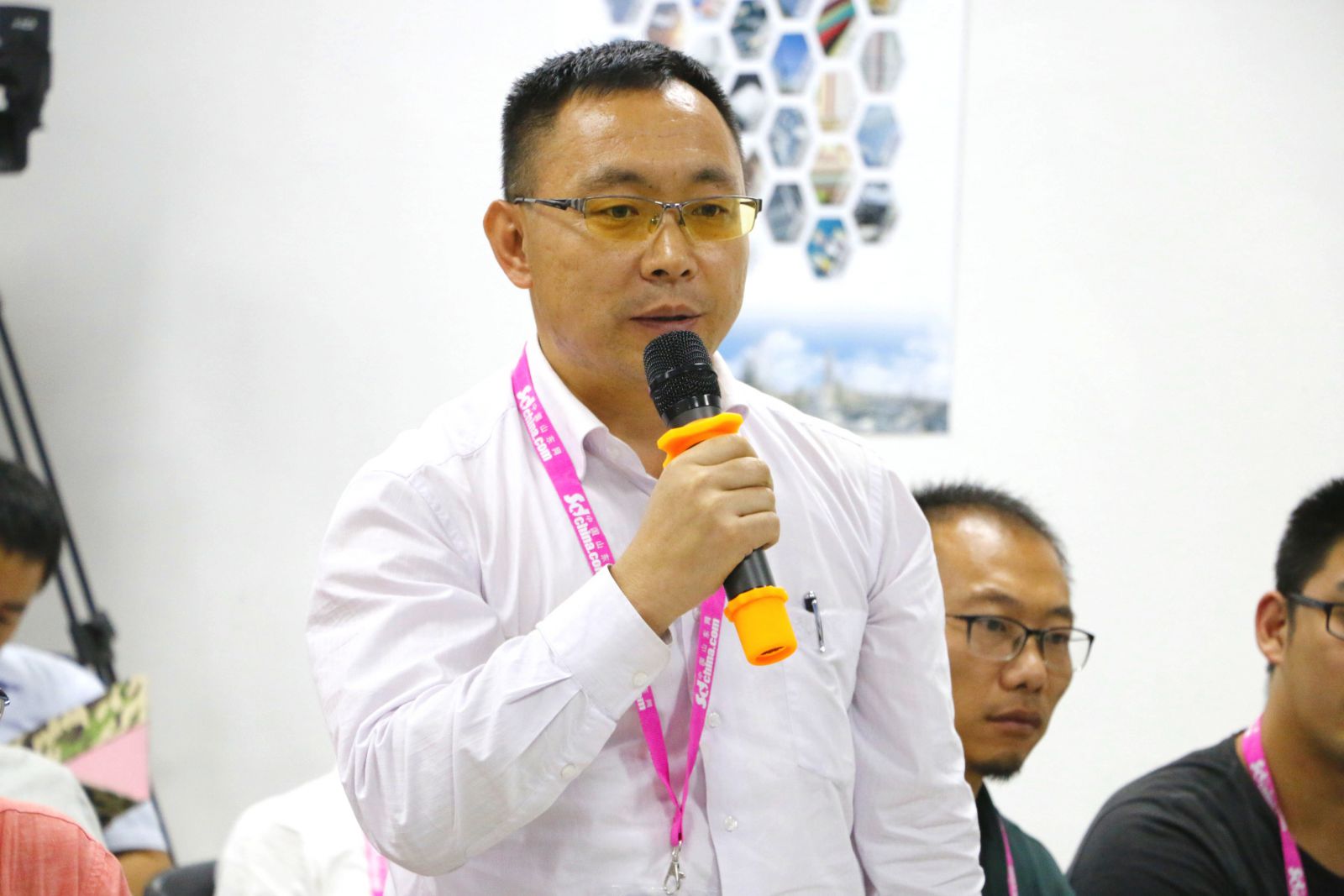 Zheng Yueming: For your first question, the Chinese Academy of Sciences has been planning to invest in a potential company in the field of advanced materials for a long time. They directly invested 850 million when they have found us, accounting for 29.5% of total shares. Not only have they brought us financial resources, but also brought collaborative innovation resources. We fully cherish this kind of collaborative strategic relationship.

For your second question, the reason why we chose Shanghai Stock exchange is that our parent company Legend Holdings was listed on Hong Kong Stock Exchange in 2015. Accordingly, Levima Advanced Materials could not choose Hong Kong in terms of equity carve-out. Hong Kong focuses more on finance and other emerging markets while focuses less on manufacturing industry. Secondly, China has the biggest manufacturing market and higher capital activity. That’s why we did not choose New York. What more, I want to explain why we choose to go public from 2019 to 2020. Legend Holdings was listed in 2015, in that case, Levima Advanced Materials could not go public until 3 years later as a subsidiary of Legend Holdings. If everything goes well, we plan to go IPO in 2019 or 2020. Levima Advanced Materials will strive to attain this aim and I hope that all media friends could keep following us. Thank you very much!